The program contains two nested loops each of which has a complexity of O(n). n is number of vertices. So the complexity of algorithm is O(n2). 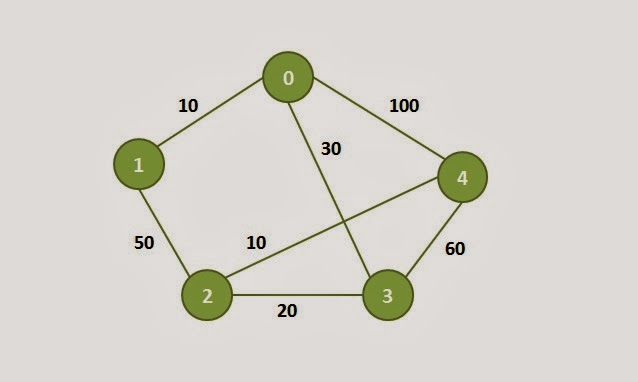 Program for Dijkstra’s Algorithm in C 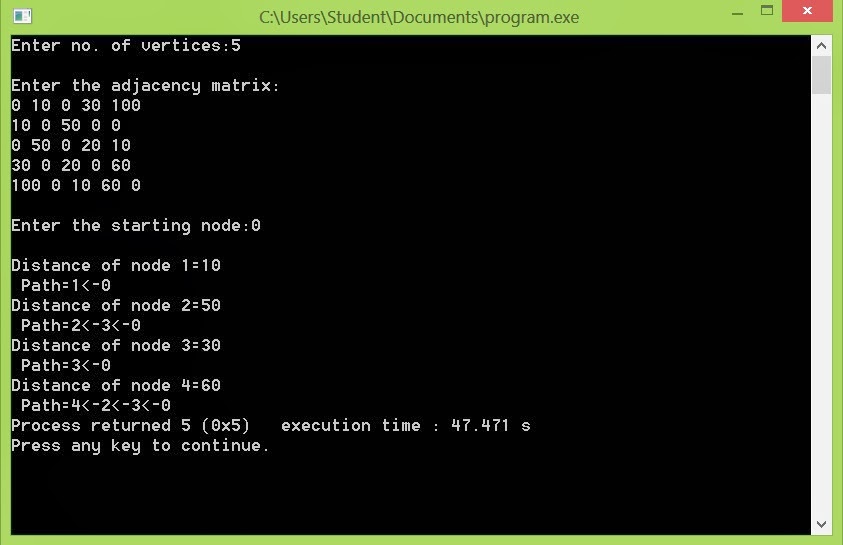 Comment below if you found something wrong in above dijkstra’s algorithm in C.

53 thoughts on “Dijkstra’s Algorithm in C”