This algorithm will create spanning tree with minimum weight, from a given weighted graph.

Program for Kruskal’s Algorithm in C

A C program for constructing a minimum cost spanning tree of a graph using Kruskal’s algorithm is given below. 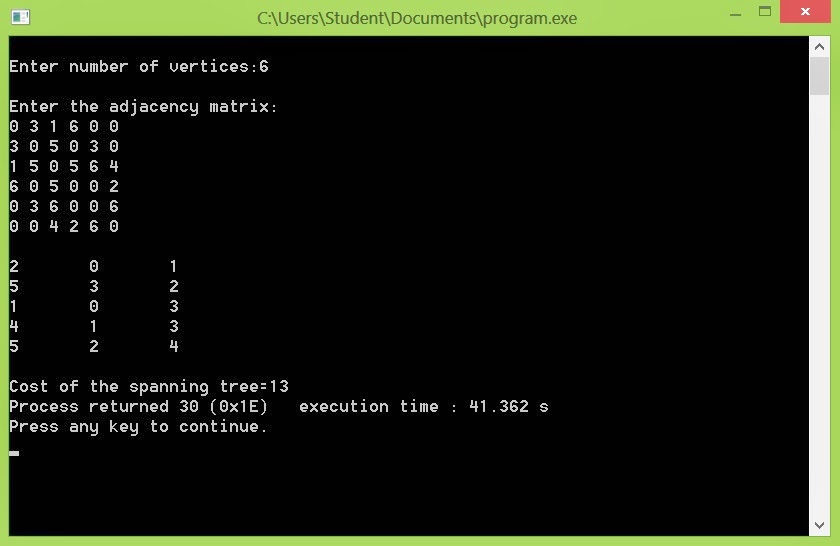 Comparison of Time Complexity of Prim’s and Kruskal’s Algorithm