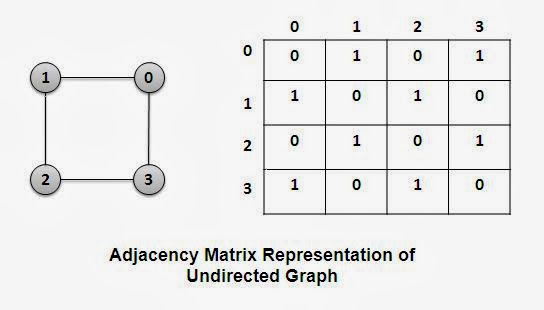 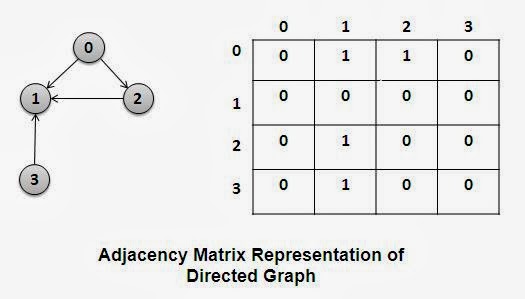 For weighted graph, the matrix adj[ ][ ] is
represented as:
If there is an edge between vertices i and
j then adj[i][j] = weight of the edge (i, j) otherwise adj[i][j] = 0.
An example of representation of weighted
graph is given below: 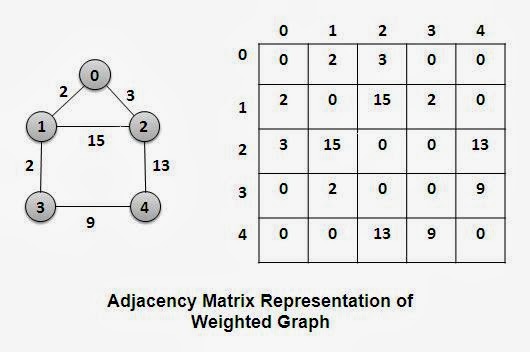 4 thoughts on “Representation of Graphs: Adjacency Matrix and Adjacency List”