In this tutorial you will get basic introduction to C programming language.

What is C language?

Well the answer is quite simple. It’s a procedural programming language which was designed and written by Dennis Ritchie at AT & T’s Bell Labs in 1972. In early 70s very frequently new programming languages were introduced. But after the launch of C, it slowly replaced the old languages like ALGOL. Actually no one advertises this language and even Ritchie was surprised that so many peoples were using C language. Till now many languages has come. But the popularity of C is not changed. The main reason behind it is that it is still fast, reliable and easy to use. 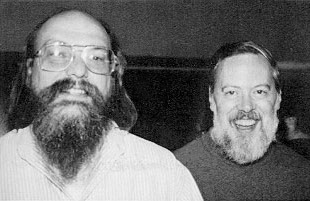 Why C should be your first programming language?

C language has widely uses, some main uses are given below.

The first question which will arise in our mind. What is a Compiler? Well as everybody knows Computer is a machine which process raw data into meaningful information. It cannot understand our language. It can only understand machine language. Even if we write programs in any language (like C). At the end they will be converted to machine language to process through computer.

What does Compiler do?

Compiler convert your program into machine language or binary language.

IDE means Integrated Development Environment. To write any program in C language you will need an editor. After that to convert that program into machine language, you will need a compiler. IDE will combine editor and compiler into same environment. So that you can easily write the program and also compile it easily.

Well I would suggest you not to use Turbo C. Because it is very old compiler (more than 20 years). I don’t know about other countries but in Indian most of the institutes and colleges are still using it. Start your C programming journey with some modern compiler like GCC. Its available free of cost and you can download it from here. It doesn’t matter a lot which compiler or ide you are using. The main thing is to learn the logic.

Comment below if you have any queries related to above tutorial for introduction to C programming language.