Skip to content
Today I am going to share about some biggest and popular programming contests that are being organised by big IT companies like Google, IBM, Microsoft, etc. These are organised in order to find talented programmers all over the world. Programming languages like C, C++, JAVA, etc can be used to participate. Below I have provided a short description about each contest along with their official website so that you can get more details about them. 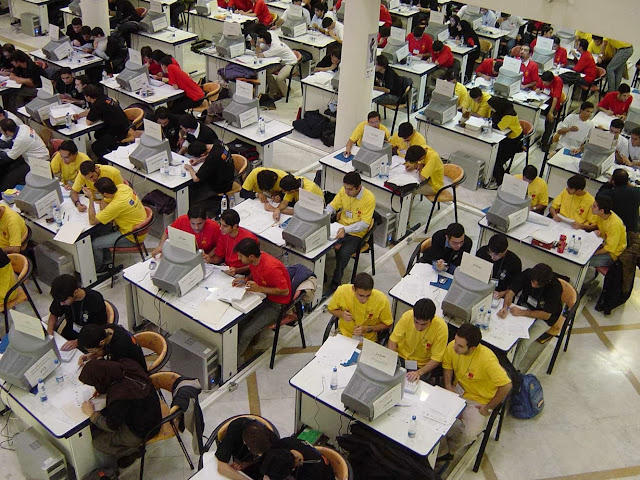 http://icpc.baylor.edu/
ACM International Collegiate Programming Contest (abbreviated as ACM-ICPC or just ICPC) is an annual multi-tiered competitive programming competition among the universities of the world. The contest is sponsored by IBM.

http://www.icfpconference.org/contest.html
The ICFP Programming Contest is an international programming competition held annually around June or July since 1998, with results announced at the International Conference on Functional Programming. Teams may be of any size and any programming language(s) may be used. There is also no entry fee. Participants have 72 hours to complete and submit their entry over the Internet. There is often also a 24-hour lightning division.

http://www.imaginecup.com/
Imagine Cup is an annual competition sponsored and hosted by Microsoft Corp. which brings together young technologists worldwide to help resolve some of the world’s toughest challenges. The Imagine Cup comprises five major technology competitions, including Software Design, and four challenges (although the challenge number is updated annually).

http://ipsc.ksp.sk/
Internet Problem Solving Contest is an online programming competition for
teams of up to three people, conducted annually each May since 1999. It is organized by the students and faculty members of Faculty of Mathematics, Physics and Informatics of Comenius University in Bratislava, Slovakia. The competition consists of a set of algorithmic problems which must be solved in a fixed amount of time.

There are so many other popular programming contests that I have missed in this article. Let me know about them by commenting below. If you liked the article then don’t forget to share it.

2 thoughts on “List of Biggest and Popular Programming Contests”