Skip to content
With the entire buzz about learning to code and how programming is the new superpower, it become imperative to know at least one of the programming languages so as to gain a leeway over others. Even if you are not a novice, and already have some knowledge of programming than also it is quite fruitful to know which language is having the maximum traction in the tech world.
Also Read: List of Biggest and Popular Programming Contests
Are you a developer looking to polish your coding skills? Or you must be a novice caught in midst of the current wave of learn-to-code, looking for a language skill that can provide you reliable employment in the New Year. With so many programming languages out there it can be daunting task for even a seasoned professional to decide which one is the best for making a career. Here are listed 5 programming languages that will remain as a top employable skill for a long time to come. 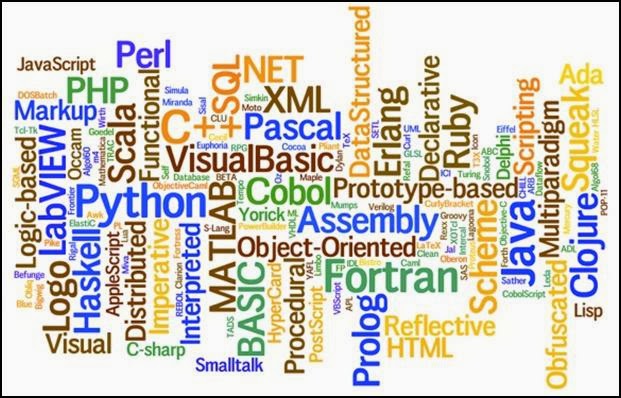 Easily one of the most important programming languages of the modern computing era, Java is a higher level language that was designed by James Gosling of Sun Microsystems, and released in 1995. The biggest benefit of Java has been its “Write once, run anywhere,” (WORA), meaning that the code written once can be used multiple times on multiple platforms. This is the reason that Java is the first preference for developing most enterprise applications.
Today, Java is one of the most popular languages, having around 10 million developers, creating client-server web applications.  Even after being around for more than 15 years, and emergence of many other languages, Java is yet to witness any decline in its popularity, a part of which can be credited to its secure features. Java also happens to be one of the most well paid programming skills, with a Java developer earning an average annual base salary of $95,000.

Structured Query Language is a specialized programming language that was designed for managing data in relational database management systems (RDBMS). It is a fourth generation language, originally developed by IBM in early 1970s and has since undergone multiple changes over the course of time. The average salary of a person trained in SQL is around $90,000 and the top employers include big names like Microsoft, Dell, Disney, Amazon, UnitedHealth Group, Amazon amongst others.

C is one of the oldest programming languages still in wide usage and still continues to remain the most popular, according to the Tiobe Programming Community Index.  A number of other new languages such as C#, Java, Python, PHP and Perl have borrowed concepts from C. The powerful, stable and easy availability of its libraries make C a reliable choice to fall back upon.
It also serves as the introduction to the world of programming, as learning C makes it easier to learn other languages. The average salary of a candidate with expert skills in C is around $93,000. Most C programmers spend their time creating highly complex applications such as video games, and high-frequency trading apps.
Also Read: 6 Tools to make JavaScript Development a Cakewalk
Also Read: 6 FAQs on Graphic Designing as a Career

Python is a high level language, created by Guide van Rossum as a successor to ABC language. It was designed keeping in mind the human readability limitations, which is the reason that it doesn’t take as much code to execute a particular function as it does in other programming languages. It is an object-oriented language that developers can put to use in many different ways.
The streamlined syntax makes it easier for newbie programmers to pick up the concepts, and also encourages them to take it up as a career. With internet explosion, use of Python has picked up pace for creation of web based apps. Currently it powers some of the most popular websites of the world, which includes names like Instagram.com, and Pinterest.com, amongst others. Python developers can expect to earn anything in the range of $83,000 annually.

PHP (Hypertext Processor) is a server side scripting language popular in web development. Easy to learn, PHP powers more than 244 million websites, including the top content management systems WordPress, Joomla, Drupal amongst others. The relatively young language has found favor owing to its ability of being easily embeddable within the codes of HTML. Learning PHP is indispensable for someone who is looking to make a full time career out of web development. There are a huge number of employment opportunities for individual with skills in PHP programming.
Author Bio:
Saurabh Tyagi took to writing at a tender age of ten, when he submitted his first essay for the school magazine. He is also a hobbyist programmer, going as far as pursuing multiple courses in the popular programming languages.