Skip to content
In today’s scenario, the smartphone is leading ahead of the mobile as well as desktop/laptop. Owing to which, there is the huge demand for feature-rich applications that are not only functional, but also seem to have a great interface. Numerous of application development industries are working to have effective, seamless, alluring, functional and innovative application. All these leads with the emergence of “jQuery Touch” platform.
jQuery touch is the framework for developing mobile application that can work on every trendiest platform such as Window, iPhone, Android and lots more. It utilizes the HTML, CSS and jQuery to develop the seamless application. The jQTouch is also known to be a jQuery plug-in that aids in developing the apps, integrated with native animations, themes, automatic navigation for different ranges of mobile. Hence, jQuery Touch application development seems to be the excellent choice among all application development frameworks. There are lots more features that have weighted this framework as the excellent one.
Also Read: 6 Tools to make JavaScript Development a Cakewalk
Also Read: Know More about CSS3 Transitions and JavaScript Slideshow Code 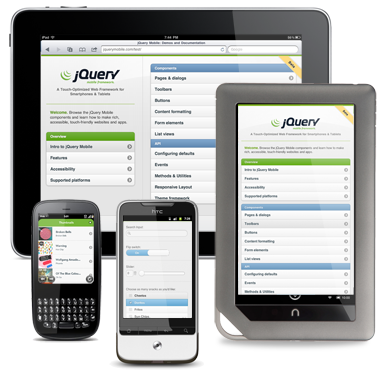 Let’s have a look at “jQuery Touch” features: