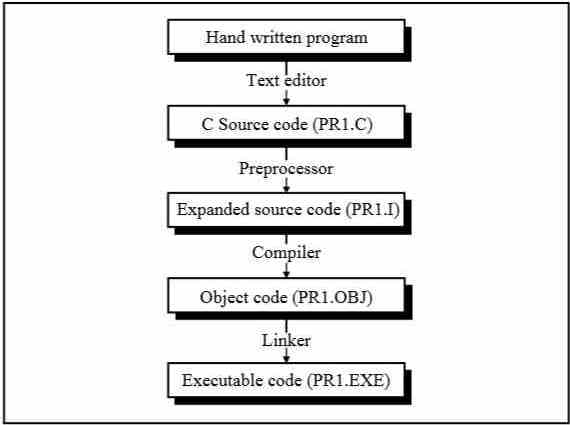 Preprocessor directive is a text substitution tool that instruct the compiler to pre-processor our program before its actual compilation. Each C preprocessor starts with # symbol. Generally they are defined at the beginning of the program just after the header files. But you can define them anywhere in the program.

Types of Preprocessor Directives in C

There are four types of preprocessor directives which are given below.

Macros are generally used to give a common name to the values which are used many times in a program. Or we can say that, macros are used to define symbolic constants. Consider below program to understand it.

As its name suggests this preprocessor directive is used to include all the content of file to be included in the source code. Till now we have used preprocessor directives like #include<stdio.h> which includes all the contents from the header file stdio.h. These are predefined header files, you can also make your own and then include it in your program.

Why it is used?

Its certainly a good question. It is not a good programming practice to write full program into a single file. While writing a very complex program it is recommend to break the program into files and include them in the beginning. Sometimes the macros of the program is also quite large which can only be stored in some files. So it is basically used for better management of the C program.