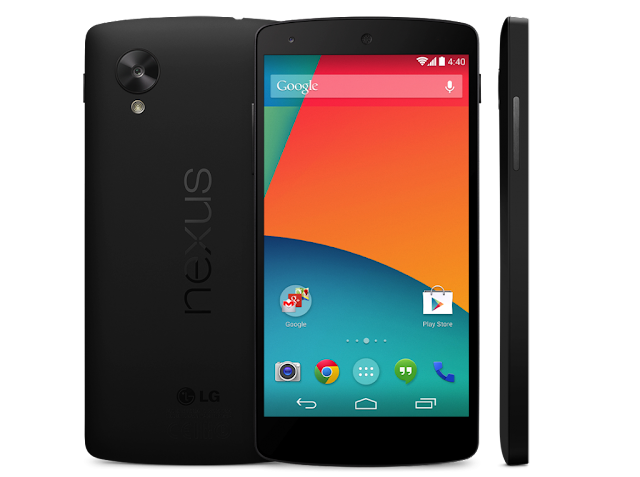 Nexus 5 is the flagship phone of Google that
was released this October and created a quite a buzz in the tech world with its
irresistibly advanced specifications. However, since the inception of civilization
the Darwinian philosophy of ‘survival of the fittest’ has ruled the thoughts of
the human beings and it continues to do so even today. Human beings always want
to improvise and modify everything surrounding them so that they can lead a better
life. This basic human drive has also led the tech geeks to consider the improvisation
that they expect to see in Nexus 6 within a month of the release
of Nexus 5.
Also Read: iPhone 6 (Rumors) Vs Nexus 5
Also Read: 4 Best Tips to Clean Your Touch Screen Device
Advanced processor with greater RAM support, bigger storage capacity, enhanced screen resolution and better camera are some of the standard
facets which are improved with the launch of the next generation phones. However,
there are also some other very basic aspects on which the developers must pay
attention to. Here are some of those basic aspects where we expect improvements
when Google Nexus 6 will be released.
Battery
The batteries of smartphones drain out
rapidly, especially if the users are avid apps users. So just in case we miss charging
our phone for a day, we are going to face the music the next day. This is true
for all smartphones, and though some improvements have been made in this genre
but we are yet to see a smartphone with 3 – 4 days of battery backup. Therefore,
Nexus 6 can give a feat to all other smartphones by developing a battery that suits
with the diverse use of the phone.
Water-resistant
Approximately half or at least
one fourth of the smartphone users have lost their beloved phones due to liquid
damage. Google Nexus 6 can come up with a technology whereby its next flagship gadget
will be 100% resistant to water and thereby providing the potential customers with
more than enough reasons to invest on this smartphone.
Also Read: The Top 10 Best iPhone Apps of 2013
Also Read: How You Can Keep Your Android Phone Safe From Hackers?
Dust- resistant
Since the smartphones are very
fragile, inclusion of technology that resist dust from damaging the smartphone
is also a necessity. It will safeguard the phone from climatic damages
like moisture and dust.
Solar Charging Unit
The
developers can provide Google Nexus 6 with a battery that can be charged using solar
energy along with the mainstream method charging it. This will be a great
backup option in case of urgent need.
These are some of the areas where
we expect some improvisations when the next flagship phone of Google will be
launched in the upcoming year.
About Author:
Abhilash Thakur, A tech buff with a passion for writing. Although loves to write on Nexus 6 and devices run on Android, doesn’t miss relevant news on other industry players.
Image Source: http://forum.xda-developers.com/google-nexus-5