Skip to content
We all know that computer programmers or coders or software engineers are one of the most sought after professionals in the world of technology. Since most devices are now automated through lines of codes burned in their microprocessors and chips, coding has become the one superpower that anyone can gain with a little experience and can use to create wonders. However, there is a lot of confusion regarding the different names that are used to refer these professionals. This post aims to demystify the difference. 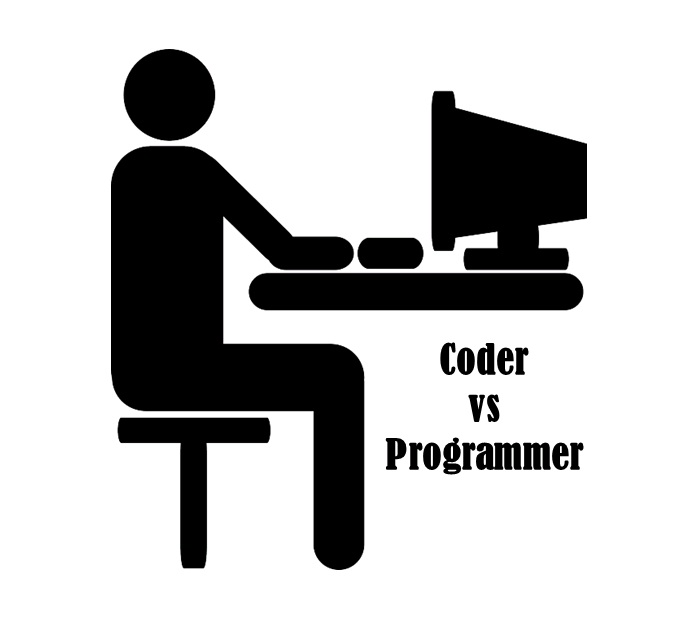 Are programmers and coders the same? In a layman’s language, programmer, coder, software developer or software engineer all may refer to the same person, but if you ask an expert the answer will be no. Programmers find it quite offensive to be labeled as coders; robotic machines that churn out lines of codes without much thought or emotions. However nothing could be further from the truth.
Also Read: Top 5 Movies for Programmers – Must Watch!

A coder, typically, is a person with strong grasp of the fundamentals of writing codes in a particular language. They are clearly instructed on what should be done and what needs to be accomplished. They handle only a part of much larger scale project. Large software programs that often have a billion lines of codes are only designed by a limited number of programmers. Coders follow instructions of the large programs. Coders often have repetitive and monotonous work profile as opposed to programmers.

Writing codes is only a part of the duties of a programmer as there is so much more to it. As a programmer you must be able to imagine a broad set of solutions to a problem before you even start writing codes. You will have to take the help of a notebook or a whiteboard where you will scribble your ideas. Instead of fretting about every small detail, programmers look at the broader picture and decide on a plan that best accomplishes the end objective. Here are some of the responsibilities of the programmer.

In most of the companies there is a dedicated project manager who takes care of every moving or immovable part of the project. However, a programmer is also responsible for overseeing the timeline either in coordination with the Project manager or by themselves. As a lead programmer, you have to be adept at managing your time otherwise you might have to face a lot of problems.

Since you have decided to become a programmer, your job role will include maintaining the code quality up to mark. This actually refers to taking in consideration that the project you are working on might need to scale, or modified with new components. Fastest is not always the best approach in programming. You will need to devote extra time to setup semantics, and developing a framework over time.
Also Read: 5 Tips to Become a Better Programmer

How To Become A Programmer?

Thus a programmer’s role encapsulates a lot more responsibilities, and functions than a coder. Now the million dollar question is how to end up as a programmer? For starters, you might decide to pursue a degree in computer science engineering or information technology. Pursuing a degree has multiple benefits. You will have the bragging rights of being known as a software engineer to the outside world. Next, you will become eligible for many government jobs also that require at least a degree. In addition to a degree, aspiring candidates are also advised to pursue online courses of their favorite computer language to gain further expertise.
Choosing which language to learn might depend on multiple factors, such as ease to learn or the Role. There are some computer languages which result in highest paying jobs in the field of technology, and then there are languages which don’t require much effort to learn and hence you will find it easy to break into the world of programming. Realizing the potential that programming holds for the next generation technology, many online certification courses have cropped up in the past that offer easy to understand lessons in in-demand computer languages like C, C++.

3 thoughts on “Difference Between Coder and Programmer”