Skip to content
Till now I told you about the 1D arrays but today I will discuss about the 2D arrays or two dimensional arrays in c. Array is a collection of elements with similar data type. We can make arrays with any dimension. However programmers rarely go beyond 3D arrays. I will also give you an overview on 3D arrays in the subsequent tutorials. But today lets discuss the 2D arrays briefly.

A two dimensional array can be declared in following way.

Similar to 1D arrays, a 2D array can also be initialize at the time of its declaration. Given below are some of the initialization methods that are used very frequently.

This is one of the simplest way of initializing a 2D array.

This method will also work but it will decrease the readability of the array too.

It is optional to provide the row dimension of a 2D array if we initialize it. Remember giving column dimension is always compulsory. 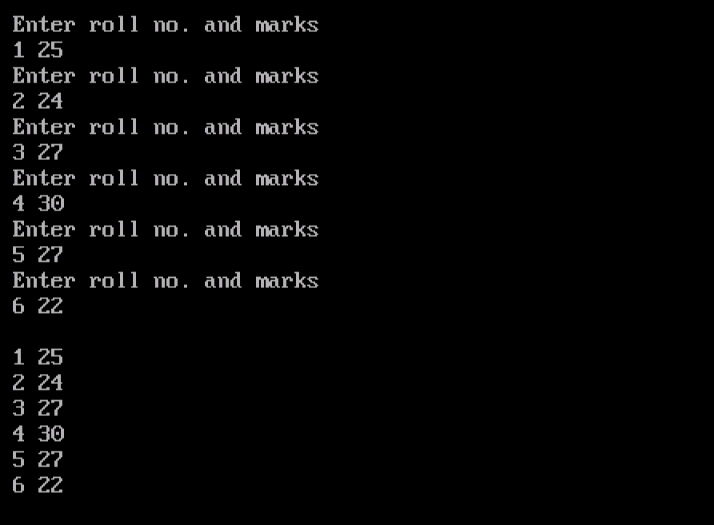 Explanation
1. In the first statement I have declared the 2D array with name student. Remember 2D array also stores elements with index 00. Elements will be stored in this way.

2. Now by using two for loops I have stored the values inside 2D array and display it on the screen.

3. Consider carefully the printf() and scanf() function with arguments “&stud[x][0], &student[x][1]”. We are storing and accessing values inside 2D array by row wise. We can also store values and access them column wise too.