Skip to content
Ever since programming and programmers took center stage, there has been this never ending debate about which of the two, .NET and JAVA, is a better programming platform, and more importantly a better career option. While there is no clear winner till date as both the platforms have their own advantages, this post is for those who want to make a switch from .NET to Java for various reasons. 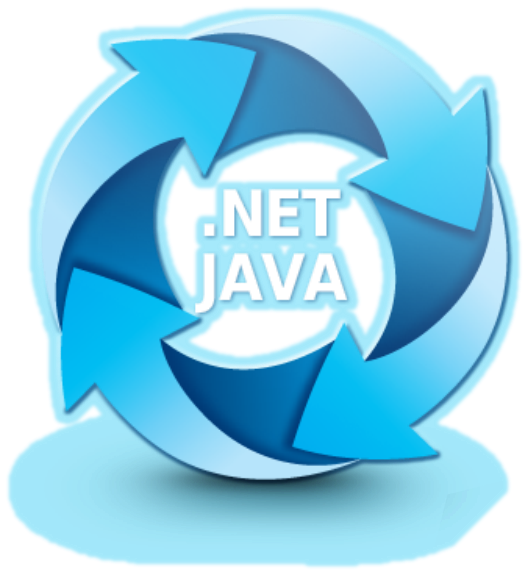 Also Read: How to Choose Which Programming Languages to Learn?

From the early days of computing, programming has been the toughest task and therefore programmers were always treated with special attention. Since there were different computers having different architectures, there was a need of different programming platforms for them. Since then, the programming scene has seen a very high level of evolution. First it was symbolic instruction language, then came the age of higher level languages like C, which is still widely used today. Subsequently, it was the time of object oriented languages which brought even more abstractions. But how did .NET and JAVA came into picture?

Prior to Java and .NET most languages would compile the source code straight down to the machine code that the processor could execute. Anything other than a processor would face great difficulty in understanding the compiled code. Managing allocated memory was in the hands of programmer. But with Java and .Net it was easier to manage code as one could examine the compiled code from within the running code. This helped in creating frameworks that analyze the application’s code and take care of the most repetitive tasks. This was about the benefits and necessity of .NET and Java. But what if you are an expert in one and want to move to other?

For a long time .NET developer changing to Java can be the smoothest of transitions as the fundamentals are almost similar. Here are some steps to get started in Java.

Why move to Java?

Moving to Java will benefit your career as it will complement your developer skills. The biggest advantage of learning Java is to be able to develop Android apps. Android is the most dominating smartphone operating system of the current times. Therefore, there is a huge demand of Android programmers who can develop Android apps. Those who know Java are at an advantage. Everyone has heard of Linux OS, which is the most secure enterprise operating system in use today. It is also a product of Java and those who learn Java have a better understanding of these computing environments. So, with these exclusivities, it becomes a no brainer as to why programmers would benefit by learning Java.

Common Features between .NET and Java

While there are some exclusive benefits of learning Java, there are similarities between the two platforms which make it easier for professionals to make the switch. Here are the similarities:

With so many similarities one can predict that learning Java after working in .NET is a natural choice.

The first thing that you want to do while learning Java is looking for free resources on the web. There are a number of free courses and other resources that are available online that one can use to study Java. These online courses come with a lot of information and hands on practical lessons on the basic and complex concepts of Java programming.

Owing to your familiarity with .NET it shouldn’t take much time to get you going. There are several online tutorials, some of which are available on the site of Oracle. For deeper understanding, you can refer to JAVA SE specifications which contains Java language and Virtual Machine Specifications. Then there is lot of community support which comes in handy, in the form of cheat sheets or free video tutorials.

Also, if you are planning to attend an interview in the near future, it will be good to have a look various basic and advanced Java interview questions which will give you an insight about the prevailing interview standards of the industry.

In today’s fast paced programming world, you have to be open minded and develop the ability plus aptitude to learn new concepts. .NET developers are not alien to programming concepts. It is the duty of a programmer to accept and use the best tools to produce excellent results. If you feel need to use different tools for doing a particular task, it doesn’t matter whether you are using Java or .NET. The only pre requisite is to accept the best development practice and combine it with the appropriate language to produce excellent software.

Author Bio
Tina is a blogger with interests in various new media technologies. Her articles offer resume advice to professionals with the help of various freshers resume format who are interested in making their career in data analytics, SEO and other internet related fields.